Both of my parents are born and raised in on the South Side of Chicago. My Dad a plumber and my mom a registered nurse. Married for over 30 years, both with Masters degrees, very dedicated church members. I’m not just saying this because they are my parents, but they really are two of the most decent people you could ever meet. ​​Highly charitable, even though they didn’t always have a whole lot. The house they live in today, they went looking for when my mom was pregnant with me in 1985. It was five blocks away from my grandparents, six blocks away from my auntie. It was a good block in a decent middle class neighborhood close to Chattam. Fast forward to today, and every phone conversation includes something like, “Five people got shot on 71st today”, “they was shooting up at the school today”, “You heard about what happened at that club”, “a boy walking on the block got robbed on his way to work, they put a gun in his face, the police came, but, you know..." .

Watching my childhood neighborhood change for the worse over the last 30 years feels like watching my favorite flower die. My parents could have moved years ago, and currently own properties in safer neighborhoods. Yet they stay. My father often proudly proclaims he’s never moving. He’s not going to be one of those Black people who abandon the community for the White suburbs. I remember being so proud to take

his expensive Rochester Big & Tall suits to the local black cleaners on the corner, who used to mess something up every time. I used to tell him he was crazy and should take them somewhere else. But he knew their history, he knew their clientele was declining, and he cared. As a Black scholar I have always been proud of my parents, proud that they stayed, even though most of their friends and family moved to suburbs, or a city in the South, years ago. I know it makes a difference, I know Black flight is a contributing factor to the socioeconomic decline of Black Chicago neighborhoods. I know they serve as much needed role models for young Black people in their neighborhood. But I also know shit is getting real. So as their daughter, I’m distraught. I want my parents to move, like today. I’m scared because my parents and many of my loved ones living on the South Side of Chicago feel like healthy happy hippos in a jungle full of starving hyenas. I see how they have had to adjust their way of life to accommodate violence and avoid death. But if they leave, then who will be left? Not me. I moved. Hence the guilt.

The Great Migration: When African-Americans moved in mass from the rural south to Northeastern and Midwestern big cities like Chicago, New York, Philadelphia, Detroit, etc. These cities became known for their inner cities and were seen as the natural home of problematic racial/economic groups such as Black folks (Wilson 1987).

The Reverse Great Migration: The reversal "began as a trickle in the 1970s, increased in the 1990s, and turned into a virtual evacuation from many northern areas in the first decade of the 2000s," says William Frey, a Brookings Institution

The Great Inversion: Upper income whites remaining and/or returning to cities, while middle-class (and poorer) African Americans and Latinos leave for more affordable and safer suburbs (Ehrenhalt 2012). The effect of gentrification.

Racial Segregation: Chicago remains one of the most racially segregated large cities in the country. As African-Americans move into majority white neighborhoods, white residents tend to move out (White Flight). Blacks in Chicago have become more spread out over time but not more integrated.

What the Scholars Say...

On the Surface, Moving Away Makes Sense

Black people have been leaving the Chicago metropolitan area in mass since the 1990s, but there is a type. They are mostly educated, ambitious, high income, or newly retired. For example, young Black Chicagoans who go off to college and don’t come back. Most movement has to do with people believing outside of Chicago its easier to get ahead, there are more jobs, its easier to own a home, and safer than other cities, especially those in the South.

Why Black Flight Is Problematic Long-term

Blacks with money and education are one of the most valuable political asset of any Black neighborhood. Politicians tend to pay more attention to people who pay taxes. Upwardly mobile African-Americans own homes. Homeowners pay property taxes and are more likely to have a job which means they also pay income taxes as well. When Black folks flee to the suburbs they are moving, "from the center to the periphery of metropolitan space; from a position of political incorporation and social inclusion, to an existence of political marginalization and social isolation".

We all agree we need more positive role models in poor Black communities, but what if all the potential role models want to leave? What if its to dangerous to stay? In Chicago, Black teachers, nurses, and other members of the working class are struggling with some serious issues, failing schools, high taxes, incompetent police and politicians, and unnerving, devastating, daily violence. Who wouldn't move, if they could. It's totally understandable. The problem is, it just doesn't help, and Black flight will make things in Chicago get much worse before they get any better. It is in everyone's interests to figure things out. The city should be invested in figuring out how to stop the bleeding, how to stop Blacks from leaving. Remember shootings at the Taste of Chicago, remember when Chicago lost the Olympics in part due to safety concerns. Remember when south Chicago suburbs like Harvey felt safe. Remember when houses in the south suburbs cost more than houses on the low end. We can keep running from the fires, but eventually they will come to your door. Solving Chicago's Black flight problem requires more middle class job opportunities, better schools, higher quality public services. You have to make Chicago attractive to young Black entrepreneurs, Black college graduates, and Black future retirees. Easier said than done. 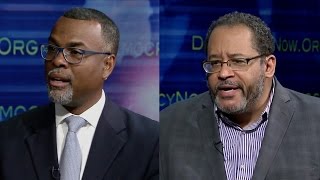 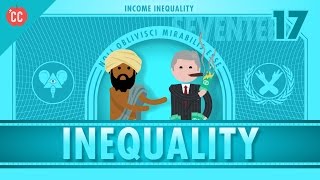 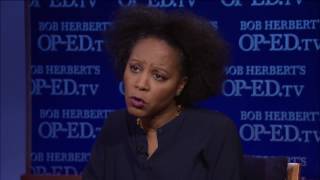 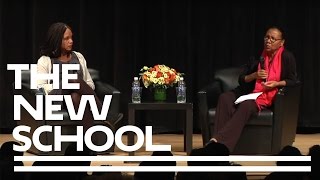 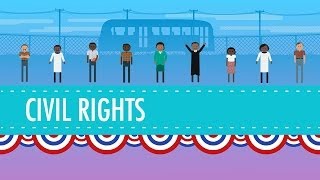